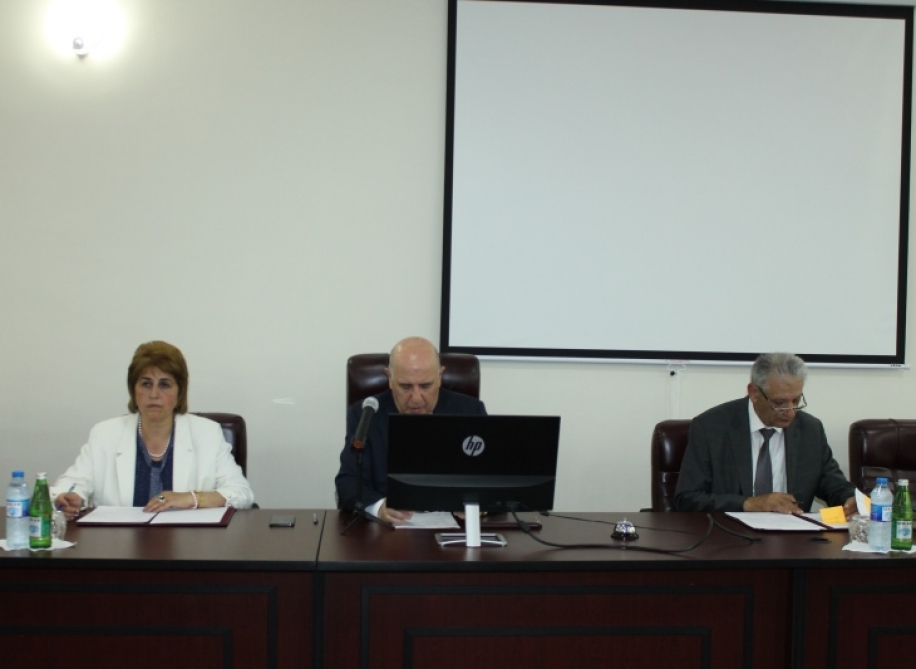 Candidates for scientific title of "Professor of ANAS" on Biologicaal and Medical Sciences Department
11.06.2019

The General Meeting of the Department of Biological and Medical Sciences was held at the Institute of Molecular Biology and Biotechnology of ANAS.

The academician-secretary of the department, academician Ahliman Amiraslanov informed the participants about the issues on the agenda and the letter of the Ministry of Ecology and Natural Resources to the third edition of the “Red Book” of the Republic of Azerbaijan. Speaking about the work to be done on the preparation of the book, the head of the department spoke about the necessity of creating a working group.

The next issue on the agenda was the activity of the Sheki Regional Science Center. PhD in physics and mathematics Yusuf Shukurlu, director of the Cente, spoke about the activities of the scientific institution, research areas, achievements and planned projects. Recommendations were made in various spheres on the close cooperation of division institutes with the center.

Personnel issues were also discussed at the meeting on approval of the relevant positions of employees of the Botanical, Zoological, Dendrology and Soil Science and Agrochemical Institutes.

Director of Sheki Regional Science Center, Doctor of Philosophy in Physics-Yusuf Shukurlu and Laboratory Director of the Institute of Soil Science and Agrochemistry, PhD in Agricultural Sciences, Associate Professor Zakir Aliyev on 70th, Head of Hydrobiology Laboratory of Zoology Institute, PhD in Biology, Adil Aliyev on 80 anniversaries was awarded with the honorary decree of the Department of Biological and Medical Sciences.

In the end, candidates for the title of "Professor of ANAS" at the Department of Biological and Medical Sciences were elected. 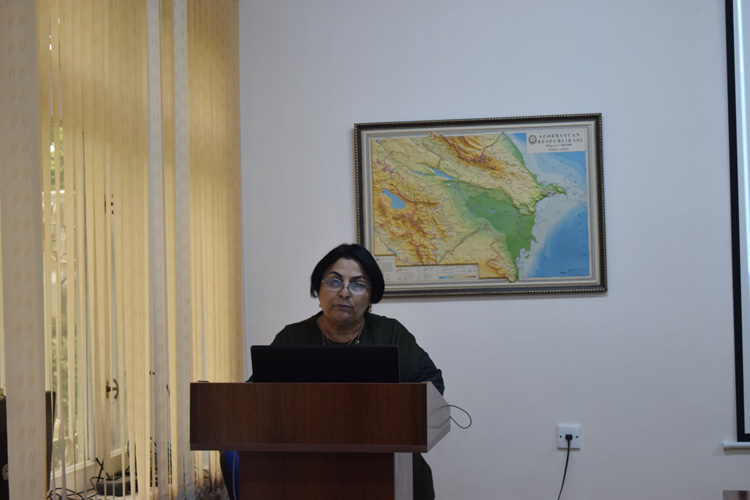