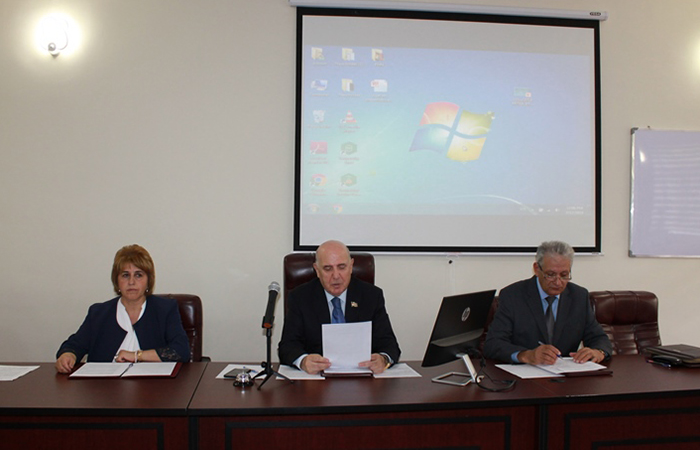 ANAS Institute of Molecular Biology and Biotechnology held a General Meeting of the Department of Biological and Medical Sciences on September 12.

Academician-secretary of the department, academician Ahliman Amiraslanov, bureau members, heads of scientific institutions and others attended the event.

Academician Ahliman Amiraslanov opened the meeting and informed about the issues on the agenda and informed that, during the meeting elections will be held for the posts of directors of the Institute of Physiology and ANAS Central Botanical Garden. At the meeting, it was decided to rename “ANAS News (a series of biological and medical sciences)” journal to “Life Sciences and Biomedicine”.

The next issue on the agenda was the award of the Director of the Karabakh Scientific Research Institute of the Institute of Genetic Resources Hamid Mehdiyev the Certificate of Honor. During the meeting, employees of the Institute of Molecular Biology and Biotechnology were also approved for the respective positions.

It was decided to present the results of the elections to ANAS Presidium.