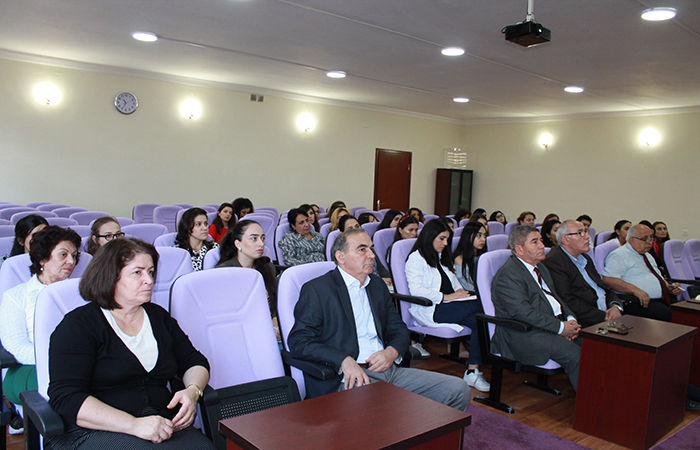 Doctor of Osaka University of Japan and Zanjan Medical University of the Islamic Republic of Iran Saeed Kaboli visited ANAS Institute of Molecular Biology and Biotechnologies.

Researcher delivered a paper on "Application of CRISSPR system in modern biology" and respondent the questions at the seminar, which was attended by the vice-president of ANAS, Director of the Institute, academician Irada Huseynova and employees of the Institute.

In 1998-2002 Saeed Kaboli graduated from Zanjan University with a bachelor's degree in “Cellular and Molecular Biology”. In 2004-2008 he received Master’s Degree at Mazandaran University of Medical Sciences in “Medical Micrology” and in 2009-2011 “Microbiological Biology” at Osaka University in Japan. In 2014, he defended his Doctoral at Osaka University.