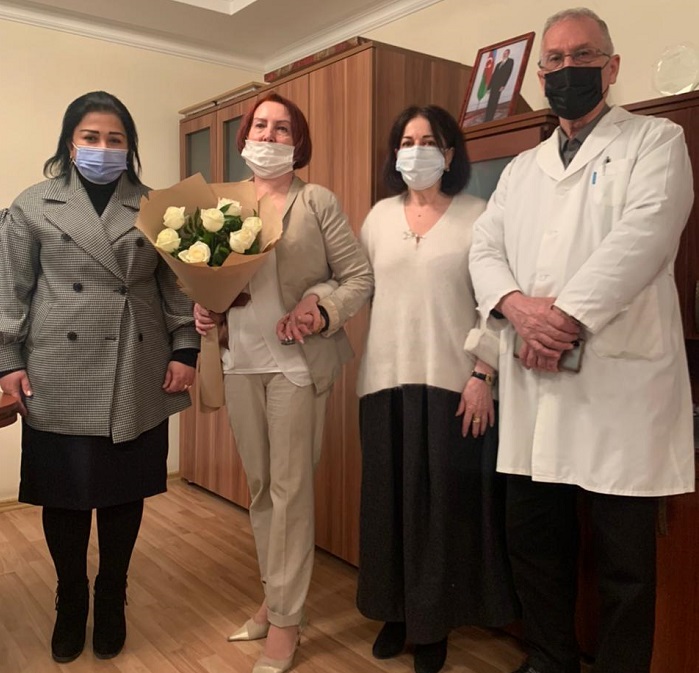 Speaking at the event, Director General of the Institute of Physiology, Professor UlduzHashimova informed about the scientific and scientific-organizational activities of the scientist. She noted that Elmira Panahova was born in Baku in an intellectual family. She received her primary education in Baku, but due to the relocation of her parents to Moscow, she continued her education there and graduated from high school with honors.

E.Panahova is one of the leading researchers who has fundamentally and practically analyzed the theoretical foundations of the topics on “Neurophysiology of centrifugal regulation of visual perception”, one of the main problems of the priority areas of biological and medical sciences. Her scientific results in this field contributed to the further formation of Azerbaijani science, and her important results were discussed at national and international scientific conferences, seminars and symposiums, and were highly appreciated by scientists and leading experts.

According to U.Hashimova, the scientist deservedly represents Azerbaijani science at international conferences.

Doctor of Biological Sciences E.Panahova is the author of about 180 research works, including 1 monograph.

Professor Ulduz Hashimova then congratulated the scientist on her anniversary on behalf of the staff of the Institute and wished her new success in scientific work.

At the end, Doctor of Biological Sciences Elmira Panahova thanked the organizers of the event.