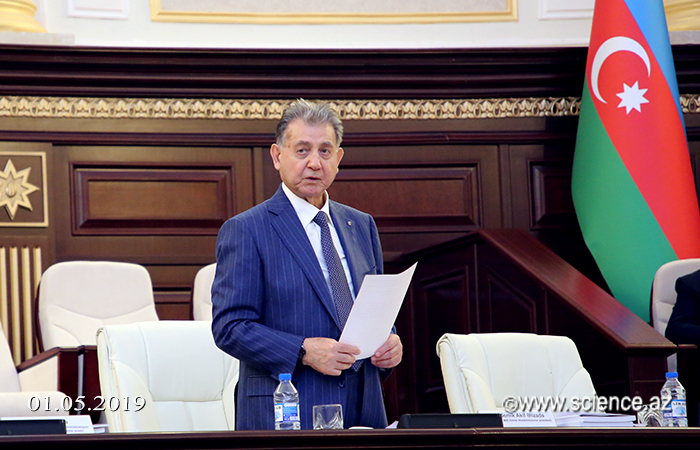 Employees of the Institute of Botany of ANAS have been awarded the Honorary Diploma
03.05.2019

One of the important decisions adopted for raising scientific prestige in the country, increasing the scientific importance in the development of the society and stimulating the scientific activity was the Order of the Head of State dated April 9, 2018 about the establishment of “Science Day” in the Republic of Azerbaijan. According to this Order the “Science Day” will be celebrated on March 27 every year. Thus the “Science day” was firstly celebrated in country in 2019. A number of employees of the scientific institutions and organizations of Division of Biological and Medical Sciences were awarded Honorary Diploma of the Division for their effective scientific activities. Senior researcher of the Institute of Botany, Honored Scientist of the Republic of Azerbaijan, Professor Sirajaddin Sarkarov, Dr. Naiba Mehdiyeva, Head of Laboratory of Ecosystem Phytosociology and Dr. Rashad Salimov, Head of the Department of Systematics and Biodiversity have been awarded the Honorary Diplomas.