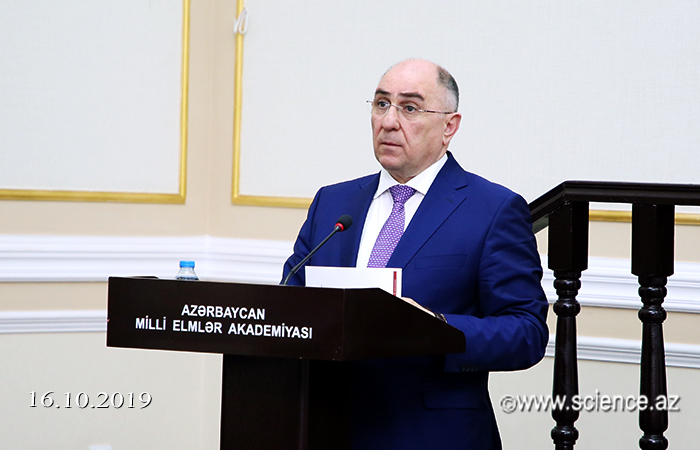 ANAS and Azerbaijan State Television expands cooperation in the realm of science popularization
17.10.2019

The issue of expanding cooperation in the realm of science popularization between ANAS and Azerbaijan State Television was discussed at the meeting of the Presidium of ANAS dated October 16.

Regarding this issue, vice-president of ANAS academic Rasim Aliguliyev spoke about the joint activity of ANAS and Azerbaijan State Television in the field of science popularization. Recalling the creation of the academic and science-publishing program "Science and Innovation" in 2016, the broadcasting of the state policy in our country for over three years, the tasks and tasks facing the academy, extensive discussion of scientific and innovative projects, scientific and technological projects.

He also said that he has been successfully working to popularize the innovations in the field and increase interest in science. The 60-minute program "Science and Innovation" has been broadcasted on Azerbaijan State Television so far, and the program has been widely discussed with prominent scientists in the country, he noted.

Vice -president also added that a number of projects, including the Science and Business program, are planned to be established, as a continuation of successful cooperation between the ANAS and the Azerbaijan Television and Radio Broadcasting Company.

Taking into account the above, the Presidium has instructed the scientific departments, scientific institutions and organizations of the Academy of Sciences to provide further information to the general public.