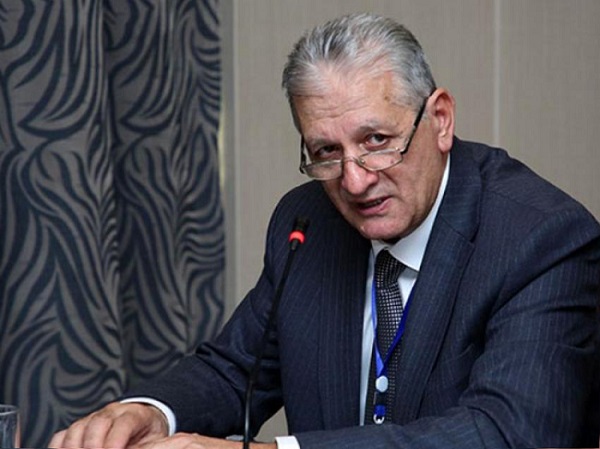 General Director of the Institute of Genetic Resources: “65 endangered plant species have been found in the liberated areas”
07.02.2022

Floristic inspection, bioecological features and possibilities of use of plant genetic resources of a number of regions of Karabakh (Agdara, Aghdam, Khojavend, Fuzuli, Jabrayil) in 2021 were analyzed. As a result of the research, 541 species belonging to 163 families, 391 genera on 9 gene groups (wild food, vegetables, fruits and berries, spices, fodder, medicines, vitamins, melliferous and dye plants) were found.

This was announced by corresponding member of ANAS Zeynal Akbarov, General Director of the Institute of Genetic Resources.

Z. Akparov said that as a result of the liberation of our lands from occupation, the genetic diversity of plants and animals spread in these areas was returned to the real owner and historical conditions were created for their comparative study.

The general director of the Institute noted “The Institute of Genetic Resources has announced the priority of inspection, collection and protection of plant genetic resources in the liberated territories, as well as the creation of new plant varieties in accordance with the soil and climatic conditions of Karabakh and East Zangazur and planned research activities”

According to the scientist, the analysis showed that the most promising species of these plants are found in Fuzuli (127 species) and Agdam (93 species) regions. 65 endangered plant species were found in the area and it was recommended to include them in the new edition of the Red Book of the Republic of Azerbaijan.

He also noted that plans and roadmaps have been prepared for expeditions in the liberated territories in the coming years.